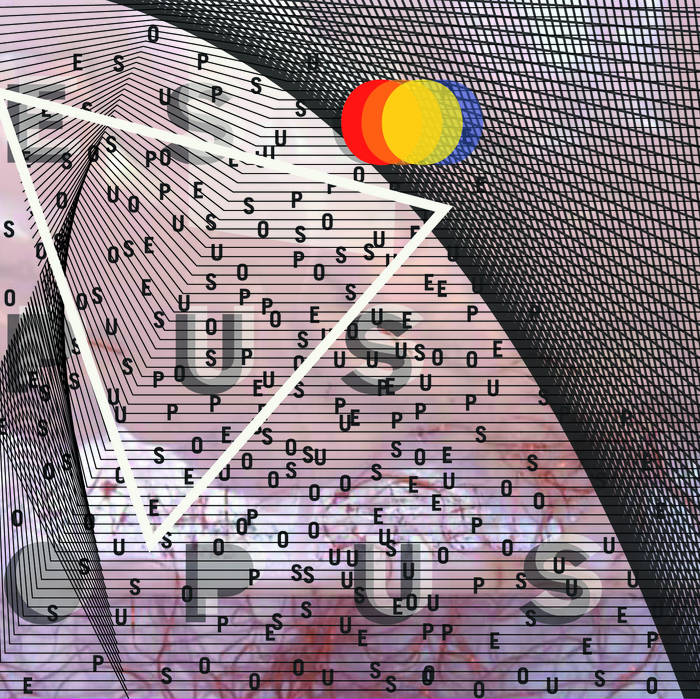 “ A Thrilling bandleader with a flair for transforming rock repertory” - Jazztimes

"Ben Perowsky ... drummer-composer who drifts in and out of jazz circles. On his absorbingly rugged new album,…he leads a band with the accordionist Ted Reichman, the bassist Drew Gress and the multireedist Chris Speed.... on more knockabout fare, including a swaggering take on “Manic Depression,” by Jimi Hendrix, the band clears its own space, sounding wily and athletic. The playing is sharp, the rapport effortless, and the original tunes, variously busy or bleary, are worth hearing for the commitment they inspire." – Nate Chinen N.Y. Times

One of the more intriguing instrumental combinations you might hear in modern jazz…a unique sound…the sonic footprint of this recording is arresting and compelling. - All Music Guide

A compelling statement from an up and coming new voice, Esopus Opus is a raw, enthusiastic exploration of the endless possibilities of contemporary music. – All About Jazz


No matter your scene, there’s a better-than average chance that at some point over the last twenty years drummer Ben Perowsky has dropped into it, enlivening its backbeat with his trademark blend of melodicism and vigor.

Perowsky is undoubtedly best known for his presence on the modern NY jazz scene, a first call drummer for John Zorn, John Scofield, Dave Douglas and Uri Caine. But there have been numerous other Ben Perowskys – the son of a bebop saxophonist, immersed in the gospel of Elvin and Philly Joe from birth; the ‘80s NYC kid, scrawling graffiti and banging out beats on parked cars for rappers on the nascent hip-hop scene; the high school rock skins-basher emulating John Bonham and Keith Moon; the dance party host who still enjoys pounding out disco beats for the enjoyment of sweating, swaying throngs.

That mish-mash of interests first found expression in Lost Tribe, the groundbreaking jazz/rock/hip-hop group that Perowsky founded in the late eighties. But that stylistic range is still present on Esopus Opus, albeit in more subtly integrated form. That fluidity is captured by the album’s title, named for a creek in New York’s Catskill Mountains that feeds into the reservoir providing New York City’s drinking water and ends near Perowsky’s home in the Red Hook section of Brooklyn.

Perowsky’s evolution from a kid rebelling against jazz – essentially, the family business – into one of its most enthusiastic innovators has taken an equally winding path. He first picked up the sticks, he jokes, because “I needed to drown out my father.” But Perowsky’s route to jazz snaked initially away from dad and through hard rock before coming full circle.

“It’s always been sort of an ongoing conflict,” he says. “When I was young I couldn’t really grasp the jazz thing. I was more into Bob Dylan, Hendrix, The Beatles, Led Zeppelin, The Who, The Police. But when I started getting serious about music at 14 or 15, I realized that my drumming heroes - Mitch Mitchell, John Bonham, Keith Moon -were all coming out of Tony Williams and Elvin Jones anyway, so I wanted to go to the source.”

Perowsky has maintained his interest in the rock world, however, being as integral a part of bands like Elysian Fields, Joan as Policewoman and 101 Crustaceans as he has been to the Uri Caine Trio or the Lounge Lizards, and clocking session and road time with Rickie Lee Jones, Walter Becker, John Cale, and Hercules & Love Affair.

In fact, there’s something of a garage band feel to the quartet on Esopus Opus, the kind of inspired raggedness that comes from their comfort with one another and leads to inspired, rough-hewn spontaneity. “There’s a raw element in our approach,” Perowsky says.

“Kind of an in-your-face, not necessarily safe sound. Maybe when people hear that they think of rock and grunge, which are the elements that I like about those genres, but I also hear that when I listen to some of my favorite jazz records. I hear that same raw, guttural thing that I’m going for in the first Monk trio records with Art Blakey, or Sonny Rollins’ Night at the Village Vanguard and East Broadway Rundown with Elvin Jones. Those are some of my favorite records, and they have that punk rock essence that I was going for.”

Though there is plenty of the melodic prettiness one would expect from the accordion/clarinet combo – conjuring the ethereal mysticism of George Harrison’s sitar-driven Beatles tune “Within You, Without You”, or sunning themselves on the Brazilian shores of Jacob Do Mandolim’s “Perolas” - Perowsky gives his bandmates plenty of opportunity to get their hands dirty, as on the juke-joint swagger of “Key Lime”, the Mardi Gras gothic depicition of a vampirized post-Katrina New Orleans on “Murnau on the Bayou”, or the whiplash angularity of the title track.

The unique instrumentation of the quartet was inspired by the leader’s desire to play with harmony outside of the over-familiar context of piano or guitar. While his own music led to his choice of musicians, however, the combination triggered one memory that resulted in one of the CD’s most striking pieces. “I saw Hermeto Pascoal play in the bandshell at Central Park once,” Perowsky recalls, “And afterwards we happened to be leaving at the same time, and all of these people were following him as he played accordion and sang, serenading them as he walked out of the park. It was amazing. So then doing his tune ‘Nem Um Talvez’ with the accordion and tenor just made sense somehow.”

The one constant through all of these diverse inspirations is the filter of Ben Perowsky’s imagination, which has consistently found a way to integrate and harmonize those seemingly clashing genres. Esopus Opus offers that unique voice in its latest and most compelling incarnation.

Drummer Ben Perowsky’s notable career has placed him among a small vanguard of players able to move between jazz, experimental music and cutting edge pop and rock. His extensive list of credits and collaborators can be seen on his website: perowsky.com

Bandcamp Daily  your guide to the world of Bandcamp

Featured sounds by K.Spark and WIZDUMB, plus Basi joins the show to discuss his latest release.